Another Lesson from the Coupled Oscillator: Fano Lineshape 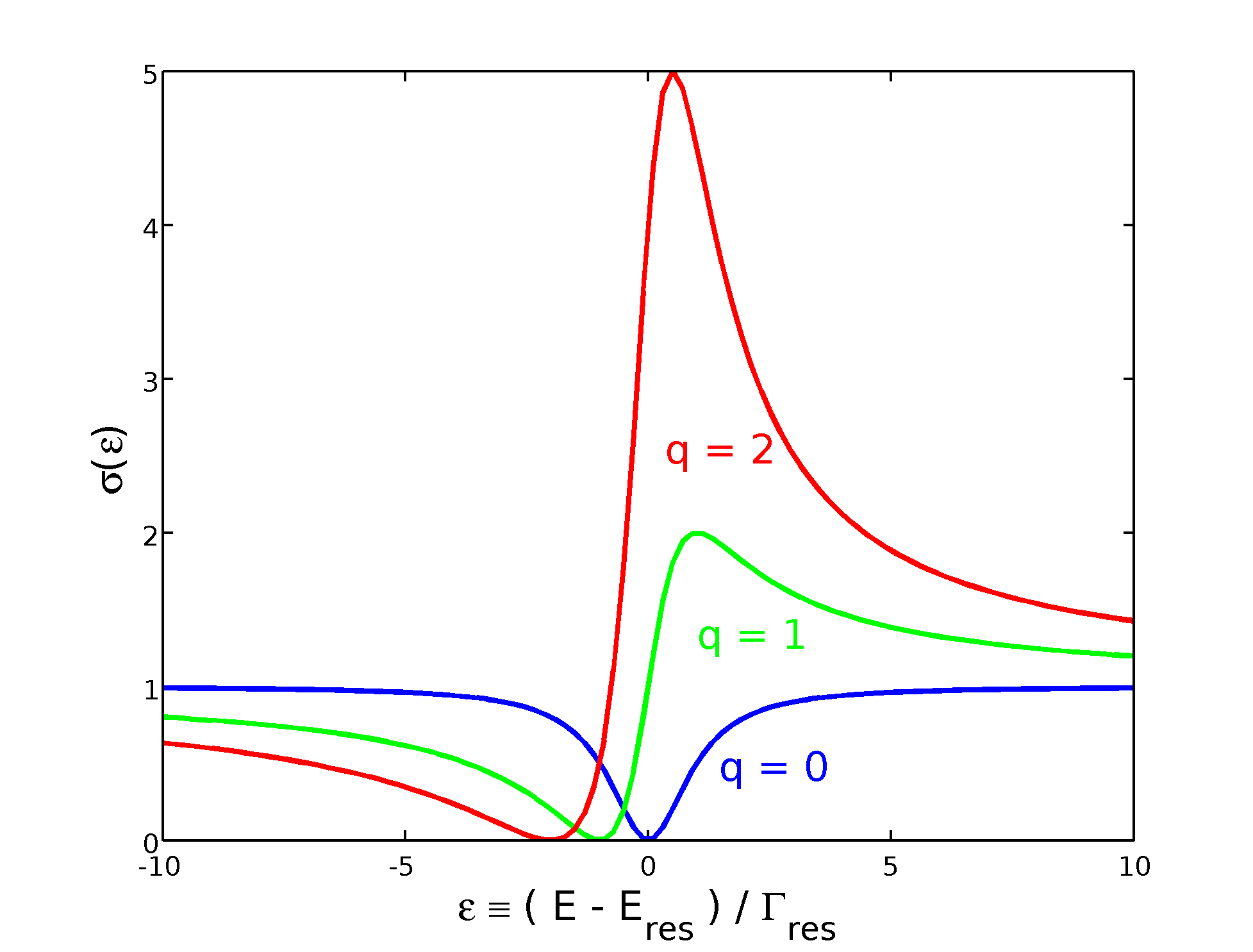 This is called a Fano lineshape and occurs when an excitation interferes with a background process. “Background process” is pretty vague, but I hope that the notion becomes clearer below. Here are a couple papers that have observed Fano lineshapes in different contexts, including a review paper:

The reason I chose the first two papers was because a couple peaks in their respective spectra exhibit a Fano lineshape as a function temperature. In the Raman paper, after the charge density wave gap in the single-particle spectrum opens up, the lineshapes of the phonons are no longer Fano-like, but become Lorentzian. This indicates that the Fano lineshape likely resulted from strong electron-phonon coupling.

Anyway, there is a pedagogical paper on the Fano resonance that is worth a read here (pdf!), and is where the example below comes from. This paper in fact illustrates the simplest and most enlightening case of the Fano resonance I’ve come across. The basic idea is that one has a pair of coupled oscillators, and someone is driving only one of the oscillators (ball 1 below). This is pictured below for clarity:

Only the ball 1 is driven

Now, if one looks at the amplitude of the first oscillator, one gets the following plot:

Now the $64k question: why does the asymmetric lineshape appear? Well, there are a few ingredients. The first ingredient is that the first oscillator is being driven by an extrenal source and the second oscillator is not. Secondly, there is a strong coupling between the first oscillator and second one. As one decreases the coupling between the two, the amplitude of the second (asymmetric) peak starts to shrink. Thirdly, the natural frequencies of the oscillators need to be relatively close to one another otherwise again the second peak decreases in amplitude.

What is remarkable is that this simple coupled oscillator model is able to exhibit the Fano lineshape while serving as a very instructive toy model. Because of this simplicity, the Fano lineshape is extremely general and is used to explain data in a wide variety of contexts across all areas of physics. A spectroscopist should always keep a look out for an asymmetric lineshape, as it is usually the result of a non-trivial coupling or interaction with another degree of freedom.