A Staple of the Italian Diet 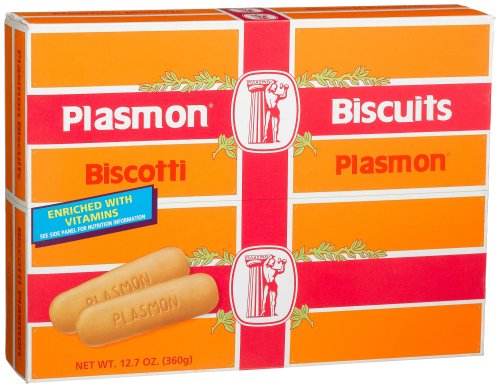 I’m not sure what to think about this, but apparently they are quite delicious.

In regards to the posts I’ve made about plasmons in the past (see here and here for instance), it seems like the plasmon in a metal will always exist at a finite energy at

due to the long-ranged nature of the Coulomb interaction. Back in 1956, D. Pines published a paper, where in collaboration with P. Nozieres, he proposed a method by which an acoustic plasmon could indeed exist.

The idea is actually quite simple from a conceptual standpoint, so a cartoony description should suffice in describing how this is possible. The first important ingredient in realizing an acoustic plasmon is two types of charge carriers. Pines, in his original paper, chose

-electrons from two separate bands to illustrate his point. However, electrons from one band and holes from another could also suffice. The second important ingredient in realizing the acoustic plasmon is that the masses of the two types of carriers must be very different (which is why Pines chose light

So why are these two features necessary? Well, simply put, the light charge carriers can screen the heavy charge carriers, effectively reducing the range of the Coulomb interaction (see image above). Such a phenomenon is very familiar to all of us who study solids. If, for instance, the interaction between the ions on the lattice sites in a simple 3D monatomic solid were not screened by the electrons, the longitudinal acoustic phonon would necessarily be gapped because of the Coulomb interaction (forgetting, for the moment, about what the lack of charge neutrality would do to the solid!). In some sense, therefore, the longitudinal acoustic phonon is indeed such an acoustic plasmon. The ion acoustic wave in a classical plasma is similarly a manifestation of an acoustic plasmon.

This isn’t necessarily the kind of acoustic plasmon that has been so elusive to solid-state physicists, though. The original proposal and the subsequent search was conducted on systems where light electrons (or holes) would screen heavy electrons (or holes). Indeed, it was suspected that Landau damping into the particle-hole continuum was preventing the acoustic plasmon from being an observable excitation in a solid. However, there have been a few papers suggesting that the acoustic plasmon has indeed been observed at solid surfaces. Here is one paper from 2007 claiming that an acoustic plasmon exists on the surface of beryllium and here is another showing a similar phenomenon on the surface of gold.

To my knowledge, it is still an open question as to whether such a plasmon can exist in the bulk of a 3D solid. This has not stopped researchers from suggesting that electron-acoustic plasmon coupling could lead to the formation of Cooper pairs and superconductvity in the cuprates. Varma has suggested that a good place to look would be in mixed-valence compounds, where

-electron masses can get very heavy.

On the experimental side, the search continues…

Most researchers in our field (and many outside our field that study, e.g. ant colonies, traffic, fish schools, etc.) are acutely aware of the relationship between the microscopic interactions between constituent particles and the incipient collective modes. These can be as mundane as phonons in a solid that arise because of interactions between atoms in the lattice or magnons in an anti-ferromagnet that arise due to spin-spin interactions.

From a theoretical point of view, collective modes can be derived by examining the interparticle interactions. An example is the random phase approximation for an electron gas, which yields the plasmon dispersion (here are some of my own notes on this for those who are interested). In experiment, one usually takes the opposite view where inter-particle interations can be inferred from the collective modes. For instance, the force constants in a solid can often be deduced by studying the phonon spectrum, and the exchange interaction can be backed out by examining the magnon dispersions.

In more exotic states of matter, these collective excitations can get a little bizarre. In a two-band superconductor, for instance, it was shown by Leggett that the two superfluids can oscillate out-of-phase resulting in a novel collective mode, first observed in MgB2 (pdf!) by Blumberg and co-workers. Furthermore, in 2H-NbSe2, there have been claims of an observed Higgs-like excitation which is made visible to Raman spectroscopy through its interaction with the charge density wave amplitude mode (see here and here for instance).

As I mentioned in the post about neutron scattering in the cuprates, a spin resonance mode is often observed below the superconducting transition temperature in unconventional superconductors. This mode has been observed in the cuprate, iron-based and heavy fermion superconducting families (see e.g. here for CeCoIn5), and is not (at least to me!) well-understood. In another rather stunning example, no less than four sub-gap collective modes, which are likely of electronic origin, show up below ~40K in SmB6 (see image below), which is in a class of materials known as Kondo insulators.

Lastly, in a material class that we are actually thought to understand quite well, Peierls-type quasi-1D charge density wave materials, there is a collective mode that shows up in the far-infrared region that (to my knowledge) has so far eluded theoretical understanding. In this paper on blue bronze, they assume that the mode, which shows up at ~8 cm

in the energy loss function, is a pinned phase mode, but this assignment is likely incorrect in light of the fact that later microwave measurements demonstrated that the phase mode actually exists at a much lower energy scale (see Fig. 9). This example serves to show that even in material classes we think we understand quite well, there are often lurking unanswered questions.

In materials that we don’t understand very well such as the Kondo insulators and the unconventional superconductors mentioned above, it is therefore imperative to map out the collective modes, as they can yield critical insights into the interactions between constituent particles or couplings between different order parameters. To truly understand what is going on these materials, every peak needs to be identified (especially the ones that show up below Tc!), quantified and understood satisfactorily.

As Lestor Freamon says in The Wire:

All the pieces matter.

Plasmons of a Luttinger Liquid

There’s a quite remarkable experiment in a paper by the Wang group at Berkeley that recently came out in Nature Photonics demonstrating the existence of peculiar plasmons in carbon nanotubes. These are significant because this may constitute the first observations of plasmons in a Luttinger liquid. To observe these plasmons, the group used scattering-scanning near-field optical microscopy (s-SNOM).

for one, two, three and four nanotubes respectively. (Each nanotube has one conducting channel).

The plasmons are extremely well-confined spatially (

20. This means that there may be important applications in store for these kinds of plasmons as well, though I find the result from a more fundamental perspective quite intriguing.

I hope you are not by now fed up with my posts on this topic, but there is a great paper by Mooradian and Wright, which I’ve actually linked before in a different context, that is worth tackling. In this paper, they discuss the concept of plasmon-longitudinal optical (LO) phonon coupling.

To my mind, there is a significant aspect of the data which they do not explicitly address in their paper. Of course, I’m referring to degeneracy, LO-TO splitting, and screening. An image of their data is shown below (click to enlarge):

A quick run-down of the experiment: they are using Raman scattering on several different samples of GaAs with different doping levels. The carrier density can be read off in the image above.

It can be seen that for lower doped samples of GaAs, that there is strong LO-TO splitting. This is because of the long-ranged nature of the Coulomb interaction, as detailed here. As the carrier concentration is increased beyond the plasmon-phonon mixing region, the LO-TO splitting starts to disappear. This observation is noteworthy because there exists a “critical carrier density”, beyond which the LO and TO phonons are degenerate.

One can think of this in the following way: the plasmon energy is a measure of how quickly the free carriers can respond to an electric field. Therefore, for the highly doped GaAs samples, where the plasmon is at a significantly higher energy than the phonons, the free carriers can quickly screen the Coulomb field set up by the polar lattice. The electric field that is set up by the phonons can hence be approximated by a screened electric field (of the Thomas-Fermi kind) in this limit, and the Coulomb interaction is hence no longer long-ranged.

While the points I have made above will be quite obvious to many of you, I still find the data and its implications from a historical perspective quite profound.

Aside: I was heartened by Sarang’s post on the concept of emergence and upward heritability. One tends to think harder about one’s stance when there is an opposing view. He made some extremely important points regarding this topic, though I have to admit that I still lean towards Wilczek-ian concepts at present.